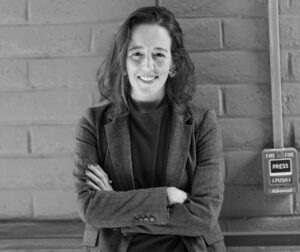 Valentina Restrepo-Montoya is the Chief Executive Officer of ALWAYS. Valentina is continuing her service as a public interest lawyer and leader in Arizona. She is a native of Boston and the daughter of Colombian parents. For the last ten years, Valentina’s passion has led her into the public service sector to represent and uplift her community. After graduating from Berkeley Law, Valentina joined the Southern Poverty Law Center in Montgomery, Alabama, where she participated in a lawsuit against the Alabama Department of Corrections for inadequate medical care, mental healthcare, and noncompliance with the Americans with Disabilities Act. Following that, Valentina became an Assistant Public Defender in Birmingham, Alabama. She then joined The Florence Immigrant and Refugee Rights Project in Arizona, where she advocated for people deemed unable to represent themselves in immigration removal proceedings. Valentina is deeply passionate about ALWAYS, its clients, and its staff.

ALWAYS BOARD OF DIRECTORS

Nancy is the Executive Director and a Trustee of the Hickey Family Foundation. Nancy holds a BS in Business Administration, an A.A.S. in Marketing and A.A.S. in Management. In 2011, Nancy received her certification in nonprofit management from the Nonprofit Management Institute, ASU Lodestar Center for Philanthropy & Nonprofit Innovation. She also serves as a member of the Board of Directors for the Arizona Anti-Trafficking Network and Valley Leadership.

Holly Barrett has 30 years of international corporate finance experience and currently serves as Chief Financial Officer of Banner Health Ambulatory. Prior to joining Banner, Holly held executive positions in manufacturing, legal, corporate affairs, and high-growth start-up business divisions with Intel Corporation. Holly served as the Vice President of Finance for the Internet of Things Group. During her Intel career, Holly was awarded three Intel Achievement Awards, the company’s highest level of recognition. Holly holds a Certificate in Health Care Management from UCLA, an MBA from Arizona State University, and a BS in Accounting from University of Montana. In her spare time, Holly has volunteered for a variety of organizations focused on children’s health and well-being.

Richard Crews was born in Queens, New York, and raised in Phoenix, Arizona. His leadership is rooted in faith-based initiatives and community collaboration. Richard currently serves as the Director of Programs at the Human Services Campus. He formerly served as Community Impact Manager of Thriving Together for Valley of the Sun United Way, a birth to career initiative to ensure that all children and young adults in Phoenix realize their full potential. He has been privileged to speak on numerous panels and facilitate workshops across the country addressing issues pertaining to collective impact, race, power and privilege, and many other challenges facing today’s educators and scholars within the education system. Above all, Richard holds two things closest to his heart, his family and working in solidarity with historically disenfranchised communities. 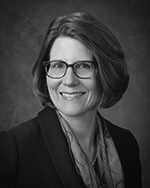 Leslie Kyman Cooper is the Consumer Protection and Advocacy Section Chief of the Arizona Attorney General.  Leslie also served as general counsel of a large community college district, and as Education Unit Chief of the Arizona Attorney General’s Office.  Before that, she worked for nearly twenty years in private practice. An Arizona native, Leslie has contributed to the community by volunteering with New Pathways for Youth, Beth El Congregation, North High School Musical Arts Association, Boy Scout Troop 619, and the State Bar of Arizona. 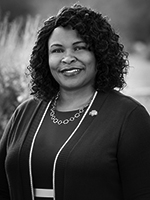 Mary Mitchell serves as the Deputy Director, Girl Scouts—Arizona Cactus-Pine Council. She serves as a member of the council’s senior leadership team. Over the course of her 21 years at the organization, she has held various roles in the areas of fund development, finance, volunteer services, membership and community engagement. She serves as the senior advisor and co-lead for the organization’s work related to Diversity, Equity, and Inclusion. Mary has spent the majority of her professional career working within the non-profit sector. She has also worked for the government sector (city, county and state). Mary is a 2017 Virginia G. Piper Charitable Trust Fellow. She is also a graduate of Valley Leadership, Class 26. She has served on several nonprofit boards and community coalitions.

Mary O’Grady is a partner at Osborn Maledon where she works on civil litigation and appeals, with an emphasis on public law issues. She served as Arizona Solicitor General from August 2002 to March 2011. She is a fellow in the American Academy of Appellate Lawyers and has received other national recognitions for her appellate and litigation work. She has significant experience with Arizona campaign finance and election laws and has worked on numerous constitutional challenges to state laws. She has worked on twelve cases on the merits before the United State Supreme Court. Mary spent most of her career in public service. Her work at Osborn Maledon has reflected that experience. For example, she is one of the lawyers for the Arizona Independent Redistricting Commission who successfully defended independent redistricting in Arizona. She has served the community in a variety of ways, including serving on the Tempe Family Justice Commission,  supporting various activities of the State Bar of Arizona and the American Bar Association, and volunteering with Epiphany Episcopal Church in Tempe. 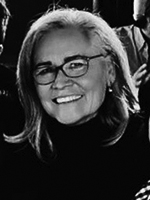 Patricia Orozco was born and raised in Tucson, Arizona. She graduated with a BA in Sociology in 1977. After working with children for the Department of Economic Security for nine years, she decided to go to Law School. She graduated from the University of Arizona Law School in 1989. After law school, Patricia worked at Southern Arizona Legal Aid, then moved to Yuma in 1991. Patricia worked for Bowman & Smith, PC, until she decided to open her office as a sole practitioner in 1994. In 1999, the Yuma County Board of Supervisors appointed her Yuma County Attorney. She retained that position in 2000 and was reelected to that position in November, 2004. In December 2004, then Governor Janet Napolitano, appointed Patricia to the Arizona Court of Appeals, Division One. During her career Patricia was the first Latina County Attorney in Arizona and the first Latina to serve on the Arizona Court of Appeals. She retired in December, 2016. She now spends her days enjoying retirement by traveling, reading, and spending time with family.

Ashley Pacheco is a Chicana from Los Angeles, California. Ashley is an alumna of foster care. She came into care twice, at the age of 10 years-old and 12 years-old. Ashley comes from a big Hispanic family with seven siblings. She is a first-generation student to attend and graduate university. Ashley is an alumna of the University of Arizona, where she obtained her Bachelors of Science in Family Studies and Human Development. She started her career in social work and is now working with kids in congregate care/group homes. Ashley is also a member of Fostering Advocates Arizona and a fellow with the Jim Casey Initiative. Her advocacy and desire to help vulnerable youth lead her to be involved with ALWAYS. She is passionate about advocacy, children’s rights, and juvenile justice. 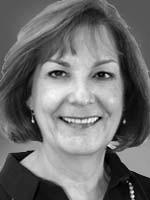 Beth Rosenberg has focused her career on advocacy and policy reform to make government systems more responsive to the needs of children, young adults and their families. Beth has extensive experience in program and policy development, respected success in administrative and legislative advocacy, and values nurturing the leadership skills of young adults who have experienced foster care. After 23 years, Beth recently retired as the Policy Director of Child Welfare and Juvenile Justice from Children’s Action Alliance. She worked previously for the Arizona Department of Economic Security and the Arizona State Legislature. Beth continues to serve on state and community boards advocating for fair and equitable treatment of our most vulnerable populations. Beth holds a Master’s in Social Work from the University of Pennsylvania. 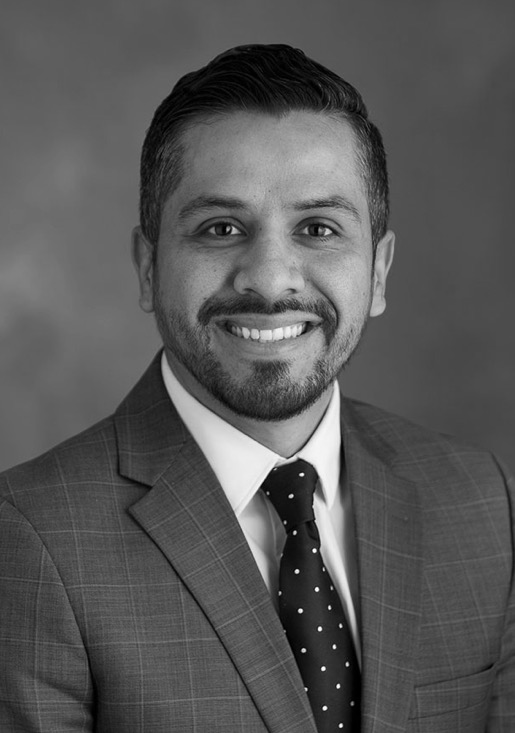 Marcos Tapia is an attorney who immigrated to the United States at the age of five. He utilizes the strong work ethic and problem-solving attitude he learned at home to achieve the objectives of his clients. Marcos is Associate Counsel at Chicanos Por La Causa. Prior to joining CPLC, Marcos was a shareholder at Tiffany & Bosco where he focused his practice on civil and commercial litigation. Marcos also serves as outside general counsel to many entrepreneurs and companies. Marcos is a former President of Los Abogados, Arizona’s Hispanic Bar Association, where he serves as a liaison to the Arizona Hispanic Chamber of Commerce. Marcos has been recognized as a “Top Lawyer Under 40” by the Hispanic National Bar Association, and was featured on the Arizona Republic’s “Who’s Next” list, honoring up and coming leaders.

Homeless, abused, and trafficked youth and young adults in Arizona need your help.  Become a part of the ALWAYS team and help us improve access to justice for vulnerable youth today.